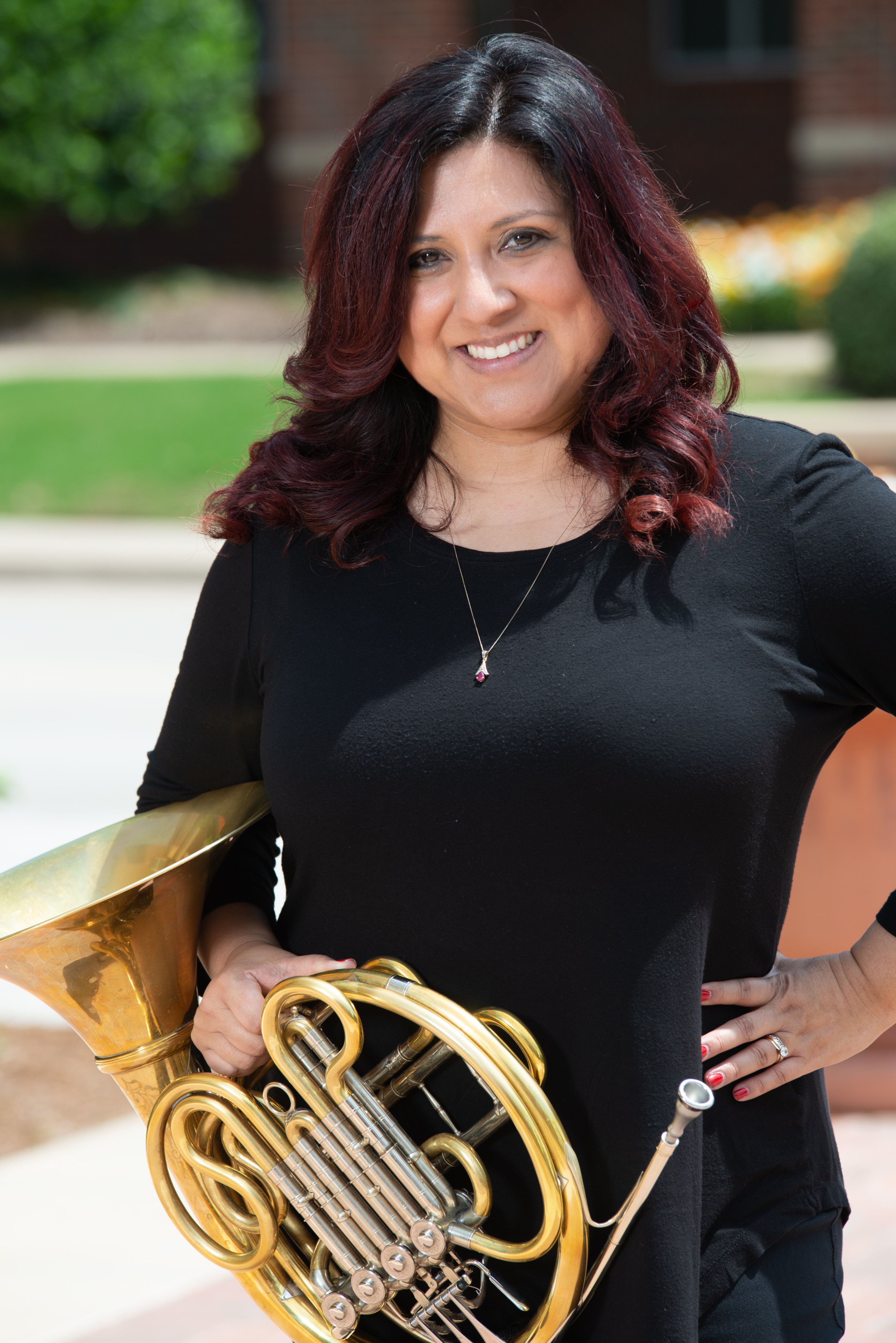 Lanette Compton is the Associate Professor of Horn at Oklahoma State University where she has been since 2005.  She is presently a member of the Tulsa Symphony Orchestra and the Tulsa Opera Orchestra and has performed with groups in Texas, Arkansas, New Mexico, and Argentina. Lanette has performed on more than a dozen CD’s, including the critically acclaimed CD The Manne We Love: Gershwin Revisited featuring the Steve Houghton Quintet and the University of North Texas Two O’clock Lab Band. She has performed at the International Women’s Brass Conference, International Horn Symposium, Mid-South Horn Workshop, Texas Music Educators Association Convention, College Band Director’s National Association Convention, World Association of Symphonic Bands and Ensembles Convention, and the American Bandmasters Association Convention.

Lanette has been on faculty of the Western Chamber Music Institute held at Western State College in Gunnison, Colorado and is currently on faculty at the FOOSA Festival/Fresno Summer Orchestra Academy which performs a concert in Walt Disney Concert Hall in Los Angeles, California.

Professor Compton is in high demand as a clinician and adjudicator.  She presented a clinic at the 2014 Midwest Clinic in Chicago, and was recently a contributing artist and clinician at the 2019 International Horn Symposium in Ghent, Belgium. Lanette has judged the Division level of the Music Teachers National Association Brass Competition, several regional horn workshop competitions, as well as the 2015, 2017, and 2019 International Horn Competition of America.

Lanette has been co-director of the very popular Noon Concert Series at the OSU Library since 2007.  Professor Compton has been the Music Department Wellness Innovator for America's Healthiest Campus®.  She also serves as faculty advisor for the OSU Hip Hop Dance Crew and the OSU Dance Company.  OSU Athletics selected Lanette as an honorary assistant football coach for her dedication to helping OSU athletes succeed academically.