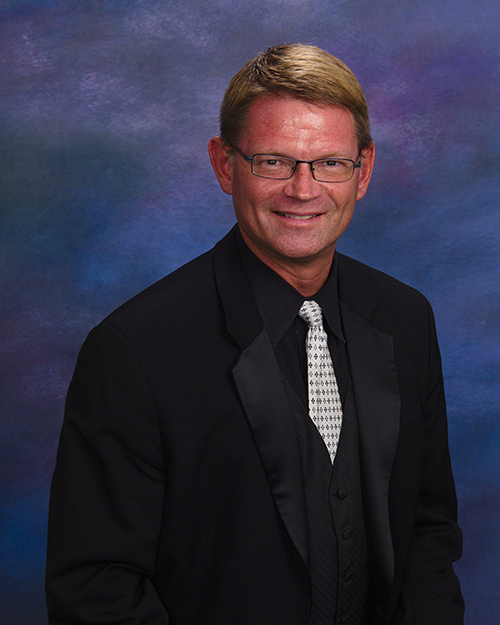 Frank Troyka joined OSU in 2019 as adjunct assistant instructor of Music Education. A teacher of over 35 years, he is the retired director of bands and coordinator of Fine Arts at Berkner High School in Richardson, Texas. Troyka came to Berkner in May 2006 following seven years as director of bands at Cypress Falls High School in Houston. Ensembles under his direction have been selected to perform at the Music for All National Festival; the Percussive Arts Society International Convention; and the Midwest Clinic on two occasions with the Symphonic Band at Cypress Falls in 2004 and with the Berkner Symphonic Band I in 2011. Troyka is an active lecturer and clinician, presenting in Texas, the U.S. and at international destinations including Canada, the Philippines, Singapore, China, Europe, and South Africa. He is a frequent presenter at faculty development workshops for public schools and universities, as well as a guest lecturer and “hands-on” instructor for both students and teachers at all levels. In 2016, Troyka assumed the role as collegiate track director at the annual Conn-Selmer Institute in Mishawaka, IN.

In 2017, Troyka joined the faculty of the Meadows School of the Arts at Southern Methodist University in Dallas where he is Adjunct Associate Professor of Music Education. There he teaches both graduate and undergraduate courses in wind literature, ensemble methods, and conducting, and supervises student teachers. He also supervises student teachers for Sam Houston State University, located in Huntsville, TX.

Troyka is a member of the Texas Music Educators Association, the Texas Bandmasters Association, and Phi Beta Mu International Bandmaster Fraternity. He is an educational consultant with Conn-Selmer, Inc.; the director of education for System Blue, the educational arm of the Blue Devils Drum and Bugle Corps of Concord, California; and the coordinator of the Generation Next series of presentations for The Midwest Clinic International Band and Orchestra Conference. He was honored as the 2002-03 Teacher of the Year at Cypress Falls High School and, while at Berkner High School, was one of 15 Texas recipients of the 2010 UIL Sponsor Excellence Award. In 2014, Troyka was honored by the Texas Bandmasters Association as a recipient of the Meritorious Achievement Award. In 2015, he was named to the International Board of Experts for the World Music Contest of Kerkrade, The Netherlands. In March of 2016, Troyka was inducted into the Bands of America Hall of Fame and in 2019, he was named Bandmaster of the Year by the Texas Bandmasters Association.