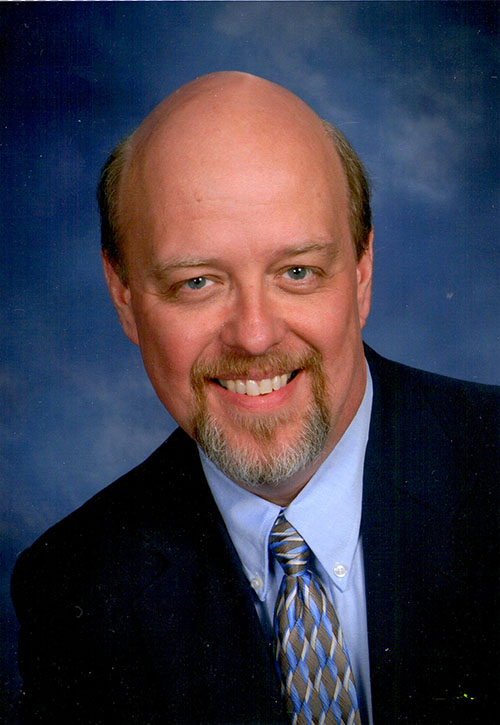 Originally from Gallipolis, Ohio, Brant Adams (b. 1955) holds a bachelor of music degree in piano performance from Capital University (Columbus, Ohio), a master of music degree in music theory from the University of Cincinnati College-Conservatory of Music, and a Ph.D. in theory from The University of Texas at Austin, where he studied composition with Donald Grantham. He has taught at Mercer University in Macon, Georgia, and since 1987 at Oklahoma State University, where he currently serves as professor and coordinator of theory/composition area, and served as department head from 2008-2015.

In 1992, Dr. Adams was awarded the Distinguished Composer of the Year Award by the Music Teachers National Association for his Masque and Bacchanalia for woodwind quintet and piano. In 1994, he wrote the incidental music for the off-Broadway play Exchange produced at the Soho Repertory Theatre in New York City. In 2000, he arranged and orchestrated Sing for the Cure,  a compilation of choral compositions of ten composers from around the U.S. commissioned by the Susan Komen Breast Cancer Foundation, and which has been performed in dozens of cities across the country.

His compositions, arrangements, and orchestrations have been performed and recorded around the world by orchestras and choral ensembles in England, Japan, Mexico, Canada, Argentina, the former Czech Republic, the Middle East, and across the United States. His choral compositions are published by Santa Barbara Music Publishing, and Mark Foster Music (Shawnee Press). He is widely known for his orchestrations and instrumental arrangements of sacred music which are published by the Lorenz Corporation, Shawnee Press, Alfred Music, and Southern Music. Performances of his music at regional and national meetings of professional music organizations include the Society of Composers, Inc., Music Teachers National Convention, American Choral Directors Association, College Band Directors National Association, and the National Flute Association.

Dr. Adams also works periodically in the recording and publishing industry as a producer, arranger, orchestrator, and conductor.