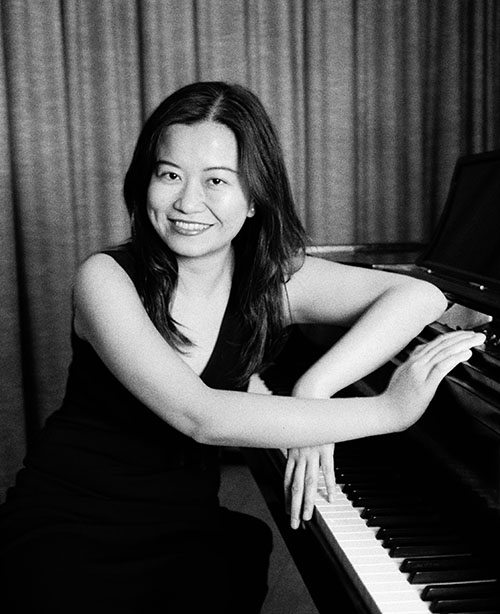 Ms. Chiang has been serving on the Keyboard Faculty at Oklahoma State University since 2013. As an active recital pianist, collaborative artist, Pi-Ju Chiang appears frequently in solo, chamber and collaborative recitals in Taiwan, North America and Mexico. She has shared stage with renowned artists including Kevin Gebo, Randy Bowman, Brad Garner, Craig Moris, Lilly Abreu, Paul Sharpe, Jeff Bradetich, and the majority of the principal players in the Cleveland Orchestra, Oklahoma Philharmonic and Tulsa Symphony.

She made her first debut as a collaborative artist in Taiwan at the annual opera gala in 1996, performing "L'orfeo" by Monteverdi. During this time she was also studio accompanist of Angelo Marenzi, a former voice faculty member at the Taipei National University of Art in Taiwan, where she received her Bachelor’s Degree in Piano Performance. Her experience as a collaborative pianist took her to the Bari Opera Theater in Italy where she performed two operas “La Boheme” and “Il Travatore” in 1997. She was the first Taiwanese pianist performing the two complete major opera works in Italy and since then started building her career as a talented collaborative pianist internationally. She was awarded third prize in the 2000 Sidney M. Wright Endowed Presidential Competition in collaborative piano when she was studying at The University of Texas at Austin (MM, Piano Performance). Her outstanding talent in collaborative piano made her a full scholarship recipient to study at Rice University (MM, Piano Chamber Music/Accompanying). Ms. Chiang was invited to be a participant in the 2004 Cleveland Art Song Festival. She was awarded with the Rosa Lobe Memorial Award in Accompanying at the Cleveland Institute of Music (Professional Studies, Collaborative Piano) recognizing her highest level of artistic achievements while attending CIM , and was appointed as a CIM collaborative faculty member immediately after having graduated in May of the same year. Ms. Chiang's performances has been frequently heard on air on WCLV 104.9, northeast Ohio's classical radio station. Her recordings can be found on the website instantencore.com.

A native of Taiwan, Ms. Chiang began playing piano at the age of four. At age of nine, she was accepted at the special music school for gifted children in Taiwan and was awarded first prize in National Taiwan Piano Competitions for three consecutive years. Her major teachers include Anita Pontremoli, Brian Connelly, David Renner, Song-Jen Hsu and Rolf-Peter Wille.