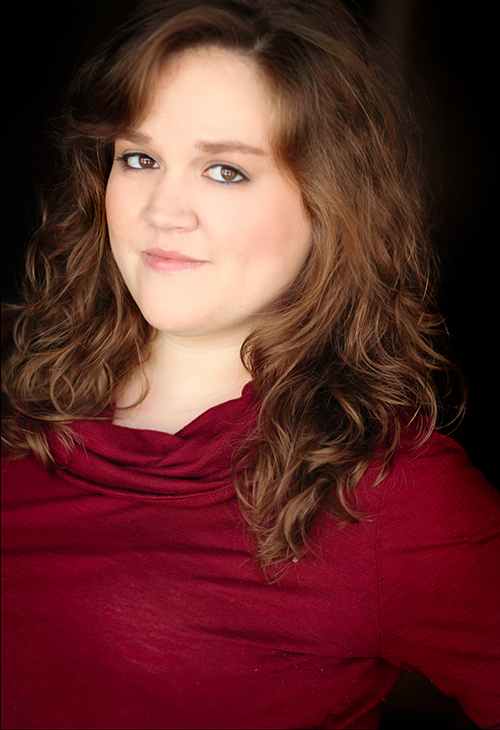 Sarah Jo Martin, soprano, serves as a member of the adjunct voice faculty at Oklahoma State University and Oklahoma City University. Before teaching at these two universities, she taught private voice, vocal pedagogy and diction courses at the University of Science and Arts of Okla-homa.

She received her Master of Music in Opera Performance from Oklahoma City University and her Bachelor of Music in Vocal Performance from Stephen F. Austin State University. During her time at these universities, Sarah Jo studied voice under Dr. Catherine McDaniel and Dr. Deborah Dalton. She is an alumni member of Mu Phi Epsilon, where she served as President of her chap-ter. She is currently a member of the National Association of Teachers of Singing and the Ameri-can honor music society, Pi Kappa Lambda. She was granted the honor of performing the Na-tional Anthem for the Graduate Commencement at OCU in 2017.

Past students of Sarah Jo have gone on to pursue successful careers as music educators and per-formers. Others have received talent awards, become semi-finalists at NATS, and are often cast in university shows. She enjoys working with her students in all genres and in helping them to become better performers.

Sarah Jo also has a budding performance career. Past role credits for the soprano include Iolanthe in Iolanthe (Cimarron Opera), Presendia in Dark Sisters (OCU), Lolette in La rondine (OCU), Big Sister in The Hiding Tree (Spotlight on Opera), Rosabella in The Most Happy Fella (SFASU), Mother in Amahl and the Night Visitors (SFASU), and Suor Genovieffa in Suor An-gelica (SFASU). Sarah Jo has also been featured in various opera scene programs throughout the years. The soprano has been featured as a soloist at the Northern Oklahoma College performance of Carmina Burana, St. Luke’s United Methodist Church in Oklahoma City, and in choral con-certs at OSU.