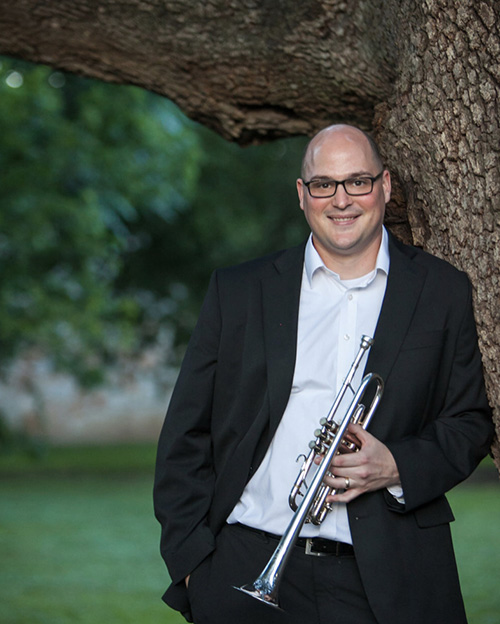 Dr. Joseph Cooper is a dedicated educator and active performer. He is the Assistant Professor of Trumpet at Oklahoma State University in Stillwater, Oklahoma. He has over ten years of college teaching experience and previously taught at the University of Texas at San Antonio and Texas Lutheran University.

Students of Dr. Cooper succeed at all levels. College students under his direction have been admitted to top graduate music programs, have performed at summer festivals nationally and internationally, hold positions in regional ensembles, and have become band directors across Texas. His high school students have auditioned into the National Youth Orchestra and NYO2, have been accepted into the country's best collegiate trumpet studios as performance majors, and have been invited to perform at the National Trumpet Competition.

Cooper has extensive performance experience as an orchestral trumpet player. He has performed with the Austin Symphony Orchestra, Austin Opera, Houston Grand Opera, Chamber Orchestra of San Antonio, Colorado Symphony, and the Breckenridge Music Festival, among many others. He has performed in popular genres, too, including at the Austin City Limits Music Festival, and for Peter Gabriel, Kristin Chenoweth, PDQ Bach, and Idina Menzel. Furthermore, he has performed across the United States and in Hong Kong, Japan, China, Macao, England, Austria, the Czech Republic, and Germany.

Originally from Florida, Dr. Cooper received music degrees from Indiana University-Bloomington (B.M.), Rice University (M.M.), and The University of Texas at Austin (D.M.A.). His principal teachers are John Almeida, John Rommel, Marie Speziale, and Ray Sasaki. He is a member of the International Trumpet Guild and served on the Conference Artist Committee for the 2018 ITG Convention held in San Antonio, Texas.