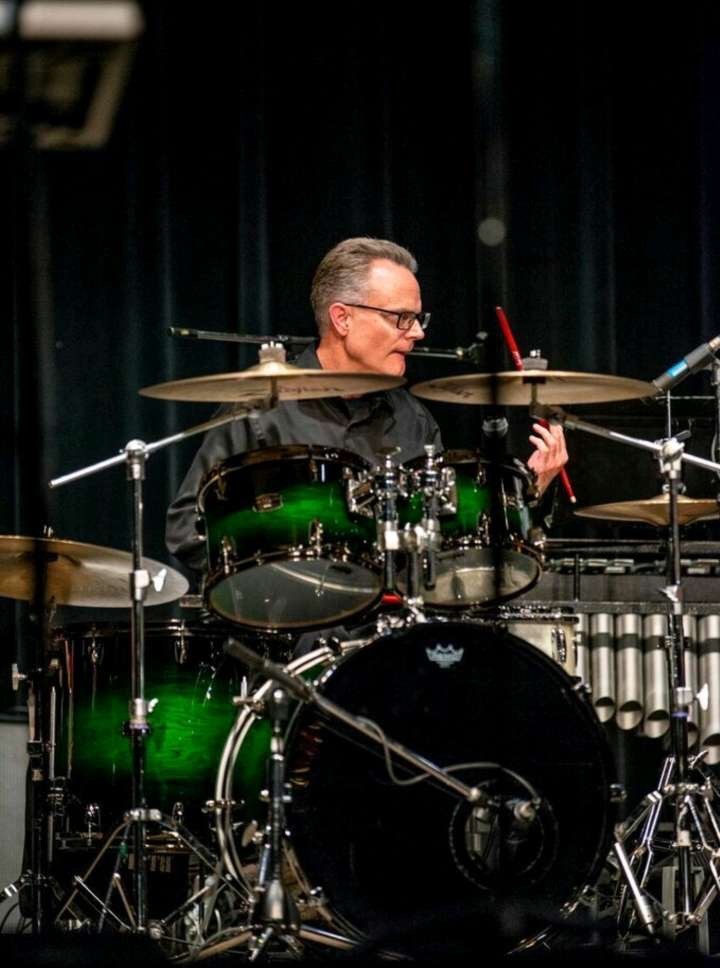 Wayne Bovenschen has served as Associate Professor of Percussion for 34 years. In this capacity, he directs the Concert Percussion Ensembles, Taiko Ensemble, studio lessons, percussion techniques class, and the OSU Marching Percussion Ensemble. He is the sponsor of the Alpha Chapter of Kappa Kappa Psi. From 1987-2015, he also served as Assistant Director of Bands and Director of the OSU Spirit Band. A graduate of Michigan State University, Mr. Bovenschen holds a B.M. in Education and an M.M. in Applied Percussion.

The OSU Concert Percussion Ensemble was selected as one of three ensembles to perform at the PAS International Conference (PASIC) in November 2014 in Indianapolis. This ensemble also performed at PASIC 1996 in Nashville. In 2011, the OSU Marching Percussion Ensemble performed as one of three university drumlines invited to present an exhibition at PASIC in Indianapolis. This group has competed at PASIC seven times, placing second in 2001.

Mr. Bovenschen has also served as music director for the Stillwater Community Band from 2005 to 2019, which was invited to perform at the OMEA state convention in 2011. In the summer of 2016, this ensemble performed in the Festival of States in Hawaii. He has conducted high school and junior high honor bands throughout Oklahoma as well.

Mr. Bovenschen's prior teaching experience includes percussion instructor for the Michigan State University Spartan Marching Band and Lansing Community College. He has performed with the Lansing Symphony Orchestra and the Cavaliers and Phantom Regiment Drum & Bugle Corps. He is a member of PAS, serving on the board of the International Percussion Ensemble Committee and twice as president of the Oklahoma Chapter. He is also a member of NAfME, IARP, KKY, TBS, and PMA, and serves as a clinician for Vic Firth, Yamaha, Zildjian and Remo. Mr. Bovenschen has arranged over 400 scores for high school and college marching bands and drum & bugle corps across the country, and is published by Drop6 Media and Arrangers Publishing, Inc.