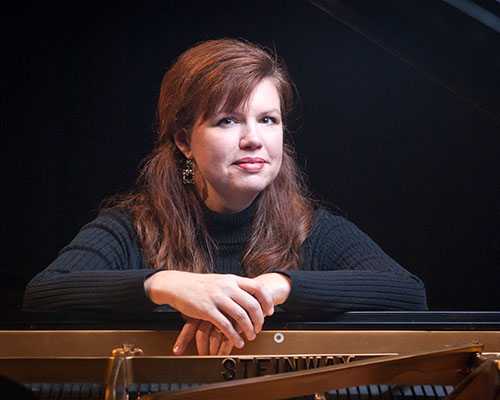 Heather Shea Lanners received her Bachelors Degree in Piano Performance from the University of Western Ontario in London, Canada as a student of John Paul Bracey. She then continued her studies in Paris with French pianist Cecile Ousset. While in Paris, she also earned the Diplome Supérieur en Musique de Chambre at the Ecole Normale de Musique. Since the completion of a Masters Degree in Piano Performance and Literature with Barry Snyder at the Eastman School of Music, Ms. Lanners has worked as the Opera Coach at both the Cleveland Institute of Music and the University of Akron. Some of her professional engagements have included performing regularly as the pianist for the Cleveland Opera on Tour, and as a resident pianist for the prestigious Meadowmount School of Music String Camp.

Professor Lanners has performed extensively throughout the United States, Canada, and Europe in both solo piano and chamber music. She has performed in public master classes for such artists as Jean Barr, Natalia Antonova, Robert Silverman, Anner Bijlsma, and Tsuyoshi Tsutsumi. She has participated with full scholarship in the Holland Summer Music Sessions, where she performed daily in public master classes and recitals located in and around Amsterdam.

Ms. Lanners is engaged frequently as an adjudicator throughout Oklahoma, Texas, and Kansas. She has also served as the Chair for the OMTA and MTNA State Piano Competitions (2006-2014). She is active as a guest lecturer, having presented lecture-recitals at the Eastman School of Music Summer Piano Festival and for the Oklahoma Music Teachers Association Conference. In its June/July, 2001 issue, American Music Teacherpublished her article, "Welcoming the Collaborative Arts into our Teaching Studios." Ms. Lanners has also served on the faculty of the Oklahoma Summer Arts Institute and as a featured artist at the Amadeus Piano Festival in Tulsa, Oklahoma. She teaches applied piano, piano pedagogy, and class piano at OSU.