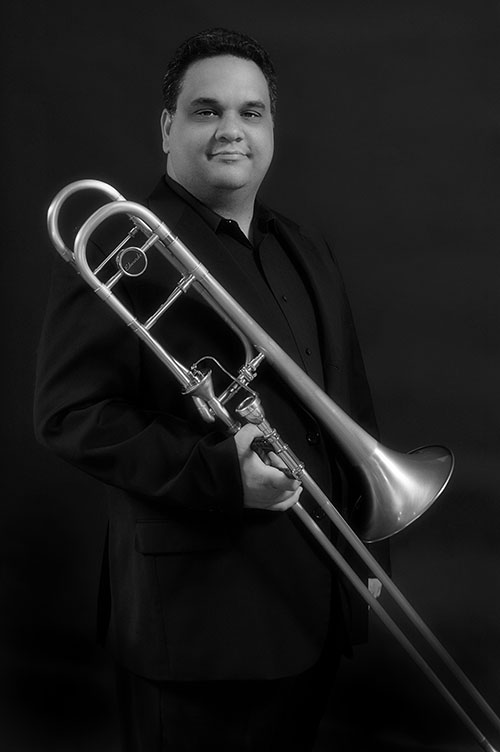 Paul Compton has been Associate Professor of Trombone at Oklahoma State University since 2003. He studied trombone at the University of North Texas with Vern Kagarice and Tony Baker, at the University of Texas at Arlington with Andrew M. Russell, at the Henry Mancini Institute with Bruce Paulson and Andy Martin, and at the Alessi Seminar with Joseph Alessi. Paul has also performed in master classes for Christian Lindberg, Denis Wick, Ben van Dijk, Ron Barron, Scott Hartman, and John Fedchock. Prior to his appointment at OSU, Paul taught at North Central Texas College and the University of North Texas. He has enjoyed an extremely versatile career, with extensive experience as a solo, symphonic, jazz, and chamber music performer.

Paul has performed regularly as a chamber musician. In 1997 he began performing with the Texas based Bluebonnet Brass, and has since performed several hundred concerts with the ensemble. This includes guest performances with the San Angelo, Temple, and Georgetown Symphony Orchestras, as well as concerts across the United States and Japan. Paul has also performed with the Infinity Brass Quintet, Newcastle Brass Quintet, Classic Brass Quintet, and the Bravo Brass Quintet. He was a member of the Camerata Chamber Winds of Coppell, TX for two seasons, performing some of the finest chamber music for winds. As a member of the Bravura Trombone Octet, Paul twice won the Down Beat Magazine Student Music Awards Competition for Classical Chamber Ensemble. Paul is a faculty member for the Western Summer Chamber Music Institute held at Western State College of Gunnison, Colorado.

Paul is an artist for the Edwards Instrument Company of Elkhorn, Wisconsin and Griego Mouthpieces.