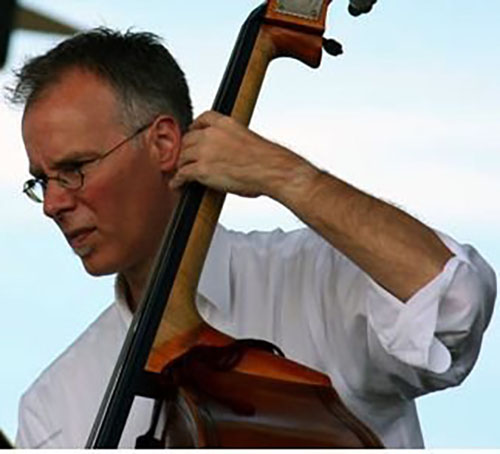 Dr. Jack Helsley is a bassist and educator based in Oklahoma City. He is a recent graduate of The University of North Texas where he was a teaching fellow and bassist with the One O'Clock Lab Band. During the Fall 2014 semester, he directed the Jazz Bass Department at UNT as sabbatical replacement for Lynn Seaton.

After receiving a Bachelor's degree in Music from the University of Louisville, he toured extensively throughout Europe, Africa, and the U.S. with the United States Air Force Band. As a freelance bassist, he has been featured on numerous recordings of jazz, pop, rock, and country artists, and has performed with such notable talents as Jamey Aebersold, Lynne Arriale, David Baker, Bob Berg, Michael Brecker, Randy Brecker, Joey Calderazzo, Bob Dorough, Michael Feinstein, Benny Golsen, Ernie Watts, and Jeff Watts.

Dr. Helsley was a presenter at the 2016 JEN Convention in New Orleans, and has been invited to present at the upcoming Performing Arts Medical Association Symposium in Aspen, CO., and the International Society of Bassists Convention in Ithaca, NY. He is also formerly the co-host of the Jazz Radio show "Have You Heard" on WICR-FM.