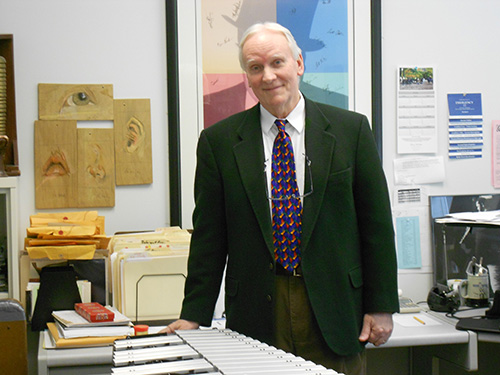 Dr. Howard Potter is currently Professor of Jazz / Mallet-keyboard Percussion and Music Industry at the Greenwood School on Music, Oklahoma State University where he also served as Director of the School from 2016-19. Prior to coming to OSU, Potter served as Associate Dean at the Eastman School of Music and Associate Professor of Jazz Mallets and the founder and director of the acclaimed Eastman Youth Jazz Orchestra. Before his tenure at Eastman, he served as Chair of the Performing Arts Department of the Manlius Pebble Hill School in Syracuse, NY, and founder and director of the 315 All Stars (winners of the 2001 Essentially Ellington International HS Competition).

As a veteran artist/teacher and administrator, Dr. Potter has taught and led at the elementary, middle, high school, collegiate, and community school levels. With over 40 years' professional performing experience, Potter has been a member of the United States Military Academy Band at West Point; performed as a Broadway pit orchestra musician in NYC; performed with the Rochester Philharmonic, the Erie Philharmonic, and the National Orchestral Association at Carnegie Hall. Dr. Potter is active as a chamber musician having played jazz mallets in numerous ensembles in Rochester and Western NY (including as featured vibraphonist with the Eastman Jazz Ensemble) as well as having been a long-standing member of the Rochester Philharmonic Orchestra Marimba Band. Potter has performed in venues ranging from Carnegie Hall, Avery Fisher Hall, Eastman Theater, Boston's Symphony Hall, Alice Tully Halls to Tanglewood, Saratoga, Wolf Trap, and the Chautauqua Institute, to Broadway.

Howard Potter holds degrees from the State University of New York at Fredonia (BM), the Eastman School of Music (MM), The Juilliard School (Post-Graduate Artist Diploma), and the Manhattan School of Music (DMA). Howard Potter is married and the father of three children. Next to being a husband and father, his greatest source of pride is being a teacher and sharing his love of music with his students.